In addition to the Baupalast workshops, the residency space offers a temporary working space with a production budget for local public welfare-oriented users and art/cultural practitioners from Berlin, whose work deals with the urban space in a cooperative, interdisciplinary, experimental and site-specific way. The residency is a flexible module in the development process of the BAUPALAST network and makes it possible to work on further thematic fields that arise in the process.

The converted trailer of the Guerilla Architects BASTIAN used for this purpose becomes a satellite of BAUPALAST and makes it possible to swarm out onto the site or into the surrounding neighbourhoods to realise art projects, research and neighbourhood projects and to bring the results back onto the site and into BAUPALAST.

In September and October 2021, visual artist Ahu Dural was a BAUPALAST resident on the Dragoner site, using BASTIAN – the mobile project space – as her studio. She concluded by sharing her experiences, research and new works as part of the exhibition and lecture “neues bauen sw 61”.
For the exhibition, Dural took a look back and forward. She related her previous work to the immediate surroundings of the Rathausblock, telling an autofictional biographical story that resulted in an emotional sculpture. She showed new works – an installation of sculptures combined with texts that she developed over time at the site and through further stories from people in the surrounding area. Sculptures with photos and sketches, as well as the preceding research work during the residency were also exhibited in the mobile project space. 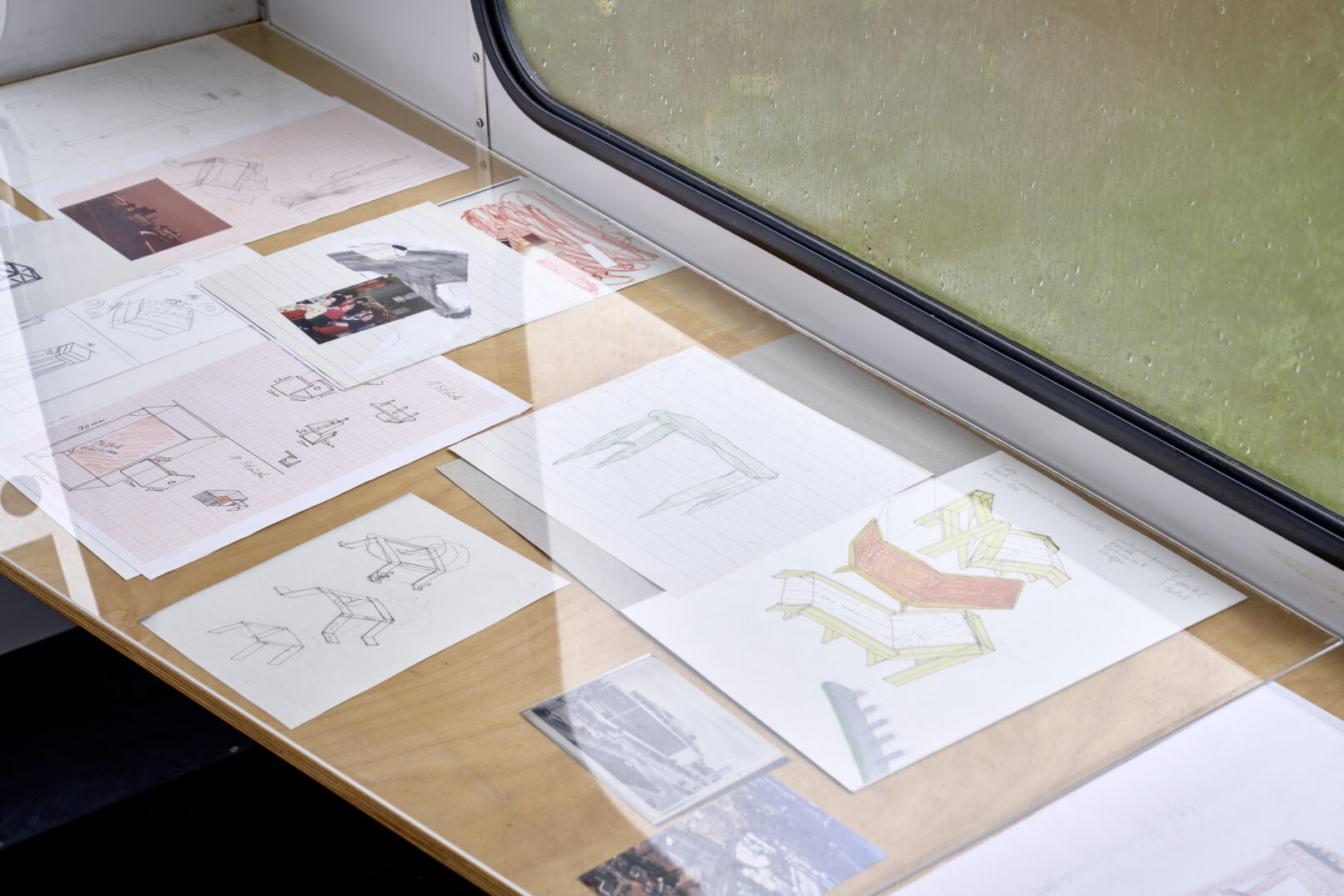 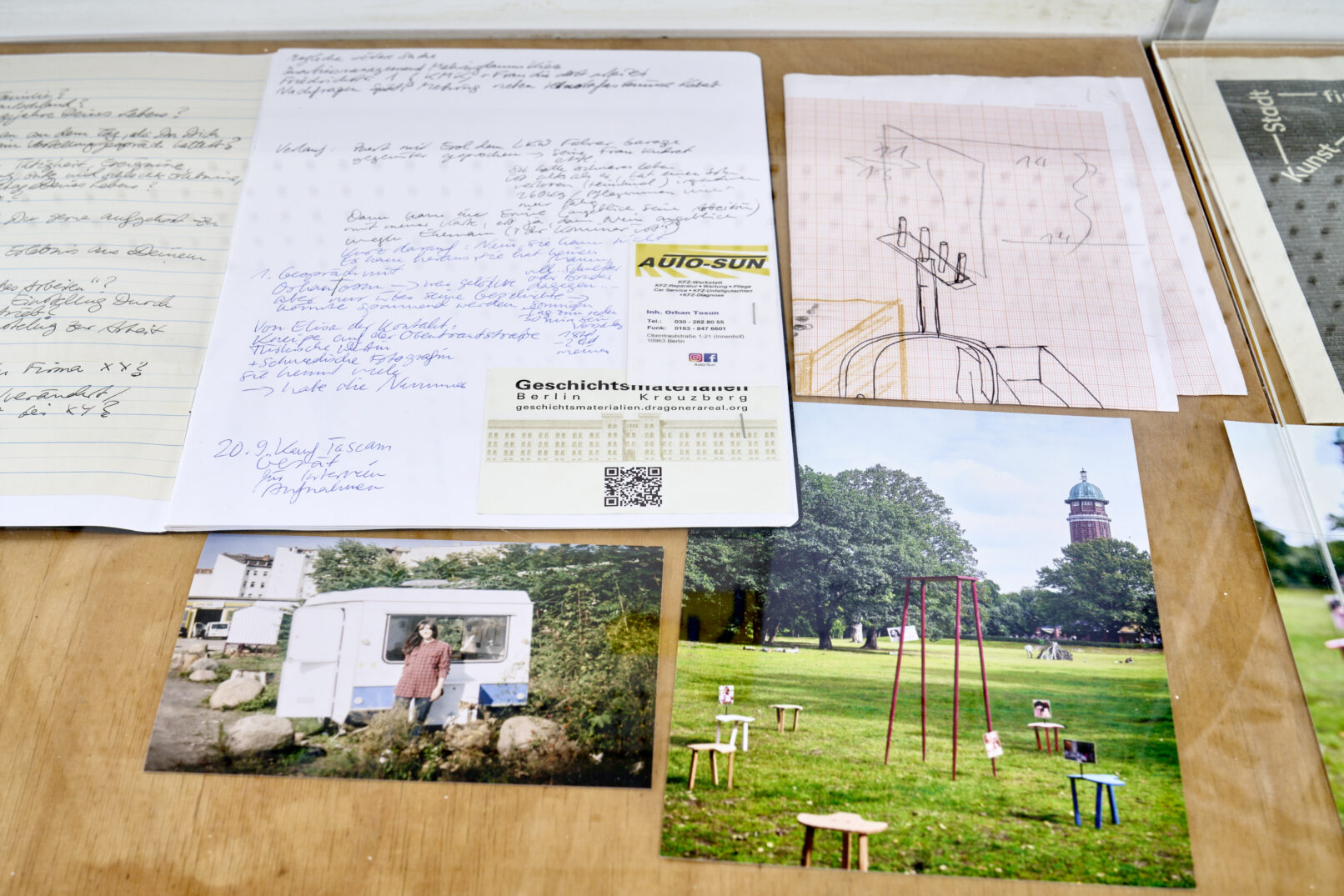 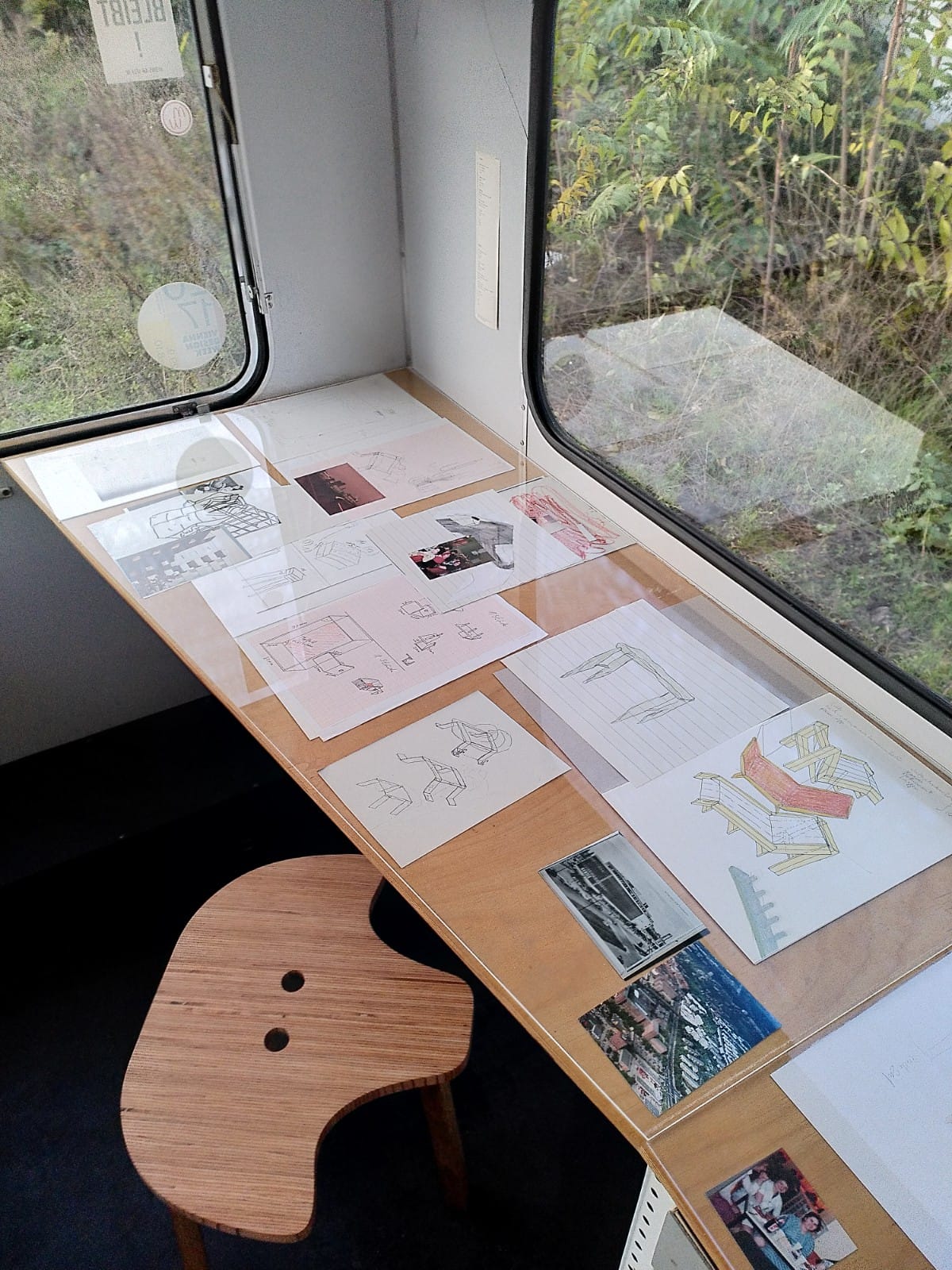 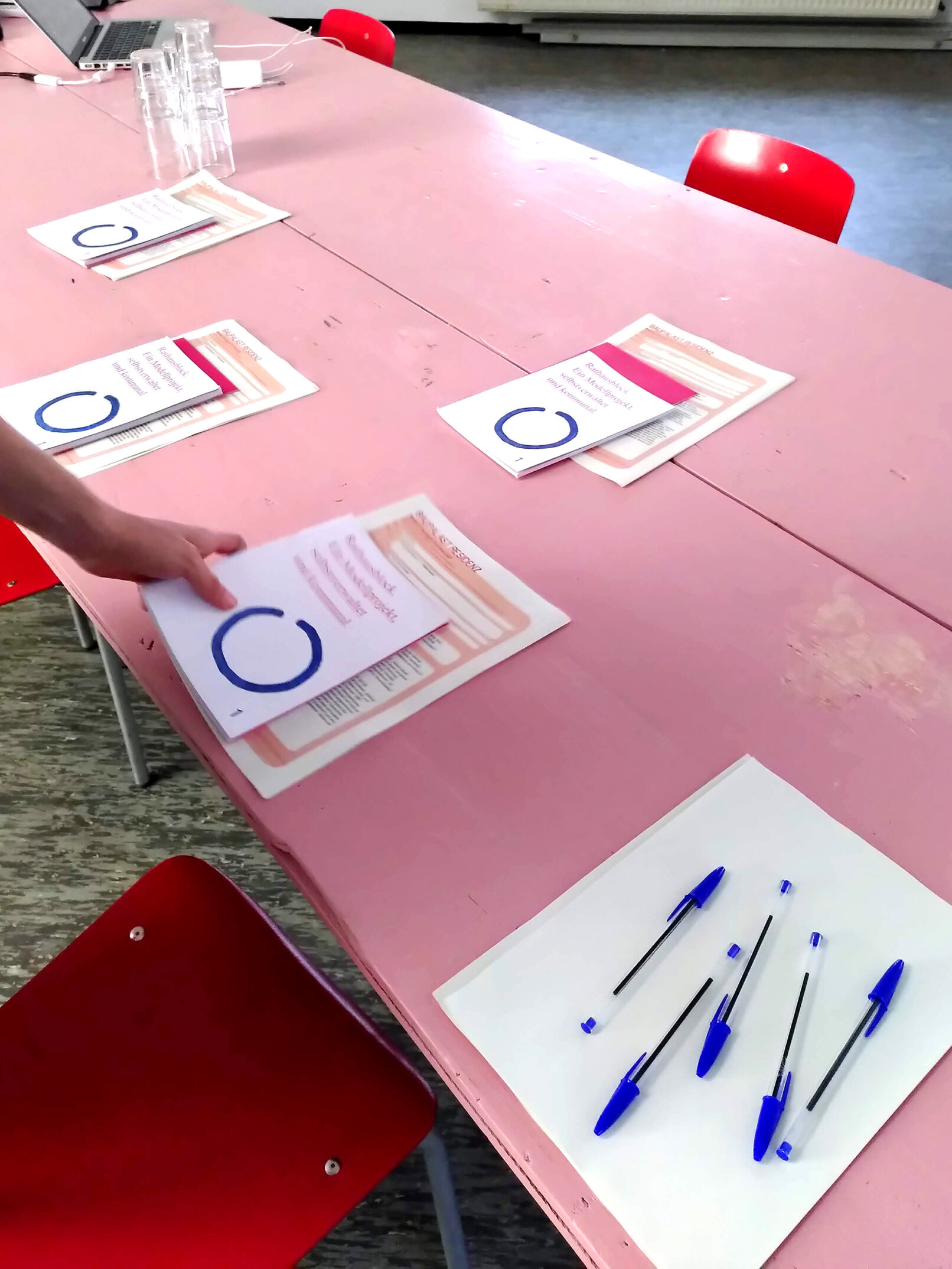 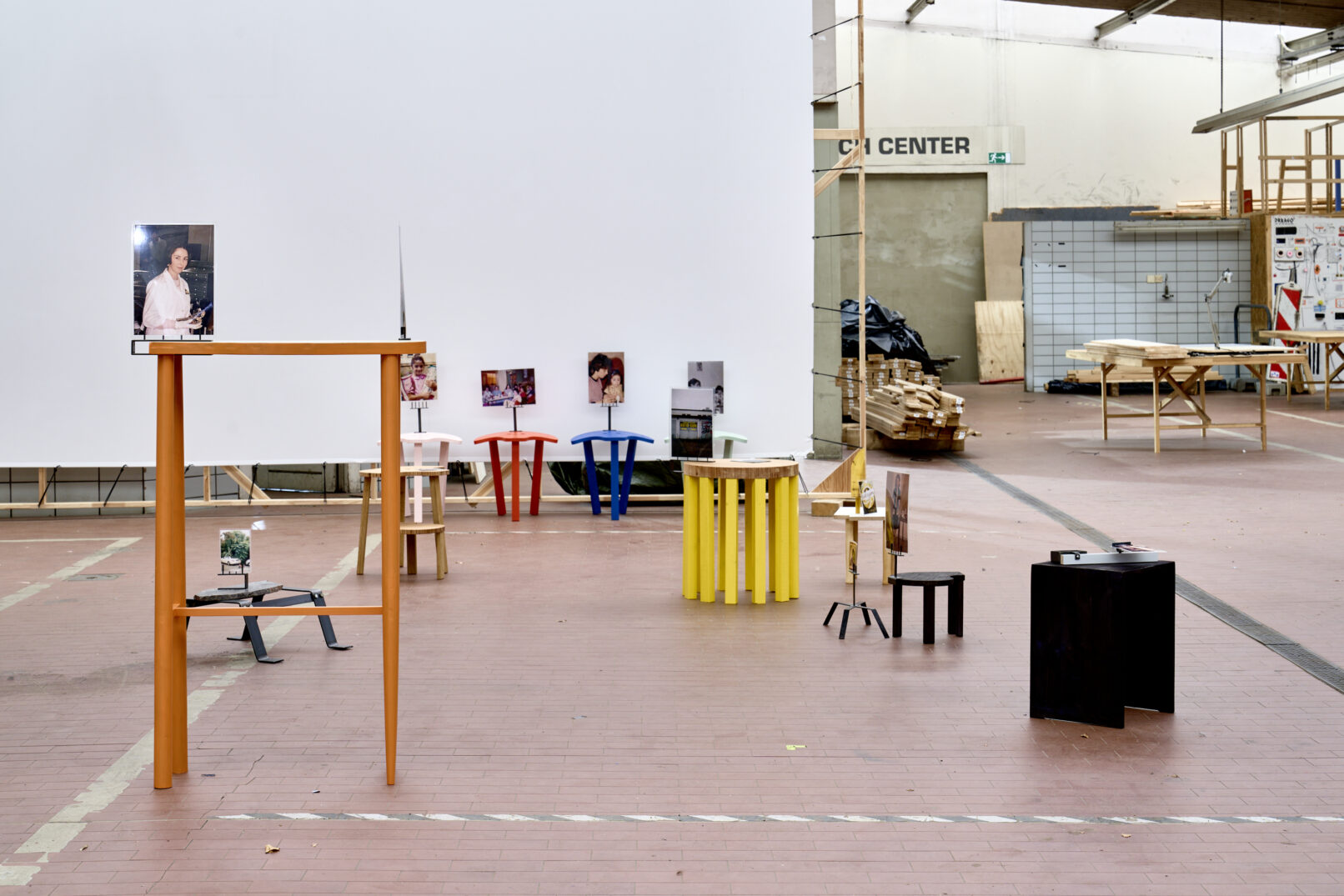